Willbe, Jeenio, Sigmate and Gradius will turn up the volume on stage, performing a tasteful bunch of demoscene and videogames classics. A perfect occasion to start the party on friday night with freshly arrived Revision friends!

cTrix makes music with oldskool computers and games consoles. He has been an avid Amiga tracker since the age of 12 and thrives on it's limitations (4 channels, 512k memory, single command list). He drives a rough & crunchy sound covering styles from synthpop to 90's rave, and house to drum 'n' bass. More recently cTrix has taken to the Atari 2600, Atari Lynx and Nintendo Gameboy.

He shall play. You shall dance. The pact is sealed.

bryface (CAN) and RoccoW (NL) are each accomplished chip scene veterans whose love for all things demoscene is matched only by their amazing hate for each other. RoccoW is a master of catchy jazzy chip pop that gets people moving; bryface brings super-technical prog-pop stylings that push the bleeding edge. Watch these two take turns blowing the roof off the place with their chip jams, then watch them destroy each other, then watch them probably go for beers after. 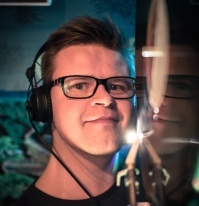 Mayor has been interested in electronic music since the early nineties. Through MTVs Party Zone, local radio programs and demoscene he established his place in the Finnish dance music scene. Usually he plays trance, progressive and house music but at Revision he goes back to his roots and plays a set with two Amigas using PT1210mk1.

Dipswitch, member of Black Maiden Hi-Fi and Roots'n'Fruits, plays a vinyl set full of bass, drums, and echo. He will be there to show you that dubstep is not just about WUBWUBWUB, and dub is not just stoner music. Feel the bass and move your feet! 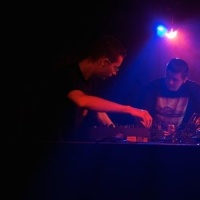 A musician with tracker scene heritage currently active for demogroups TRBL and DSS, since 2013 Alpha C could also be occasionally spotted performing his repertoire at demoparties and chip music events. At Revision he will showcase a selection of electronic music, chiptunes and fakebit, both mellow and up-tempo to get your Sunday started.

Since 15 years Remute reliably delivers dozens of eccentric Techno-anthems like 'Zuendli' or 'Gravity?' and sweaty gigs at countless parties and places like Berghain, but 2016 has been a tremendously important year for him: His new album 'Play The Game' beams him right back to his roots - games from the 16bit era! SNES, MegaDrive, Amigaaaaaaaa - you name it! He never sounded so chiptuny, synthwavy and, well, just overall catchy before and you definitely can imagine some pixels and sprites going crazy to this like in your favourite SHMUP or Beat 'em up! Revision, get ready for Remute... live!!! 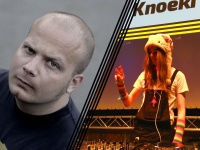 Revision's afterparty stars two of the most experienced DJ's that graced our stage in recent years. After her headlining stint last year, Knoeki is back once again, this time accompanied by fellow former mainstage artist and longtime livecoding supporter lug00ber, to bring the perfect party atmosphere after the last set of competitions on Sunday evening.